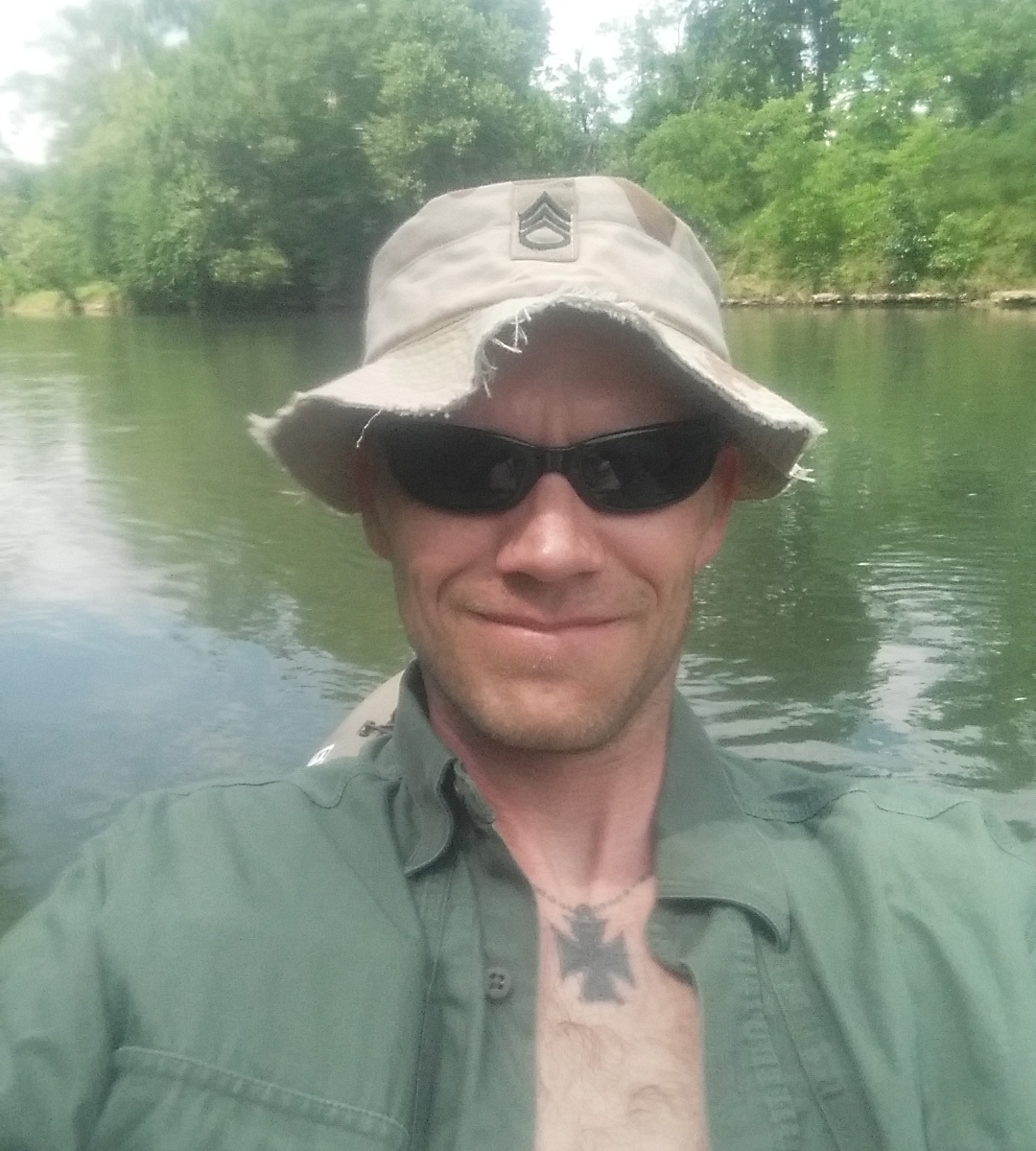 To start off let’s back up a few years. Like 25 years or so. Growing up in a home with a loving mother and father is where it began for me. Things were normal with my two sisters and my folks. My “more active negative tendencies” began in high school. I’m not really sure what it was that led me down the path but I just started to enjoy physical confrontations. What really spurred it for me was an event that happened to me at summer camp right after my freshman year in high school in 1990. I’ll be vague, but I got into a fight with another boy who was MUCH larger than me. The fight involved a knife, lots of blood and an all-expenses paid trip to county jail for the evening. This was also my first interaction with an angel. Weird, I know. Basically, when I arrived at the jail, they put me into the drunk tank with another guy. An older man with a torn up red shirt, dirty blue jeans and no shoes. He was drunk. They arrested him on the lake for intoxication. He began to give me a speech about how I’d better clean up my act or I’d end up like him. This was my first, not last, time in jail. Shortly after his speech to me, they came and got me from the cell and moved me to an office where I waited for the camp staff to come pick me up. It wasn’t until about 7 years ago that this story resurfaced in my life. My dad was approached by an old friend who was there the night at the jail. He was there to pick me up and sit with me during the questioning. He approached my dad about 7 years ago and asked him, “Did Bryan ever mention talking to another man when he was at the jail back in 1990”? Dad wasn’t really sure but continued to listen. Mike then told my dad that I went on and on about the man in the drunk tank with me. Mike then told my dad, “Steve, there was no one in there with Bryan the entire night. Since he was a minor they kept him separated. To this day, I can still see that long haired scrubby old man clear as day. The man that never existed. Mike told my dad that it had to have been an angel. Good bumps, yet? You never know when you may cross paths with an angel. It happens more than you think.

Life went on for me with some other peculiar events in my life. As I grew up and through my experiences in the military and multiple combat deployments I continued to move with the tides of life; getting pushed to and fro. While in Iraq in 2003 my team and I had more than a couple divine intervention moments. Moments that should’ve probably killed us. Simple things like taking an alternate route to a location for some unexplained reason then finding out later that the unit behind us went the original route and got hit. This always upset me because I was starving for “action”!! I wanted to get into it! It finally happened to me years later while in Afghanistan. The times I’ve spent on combat deployments I’ve seen people get killed due to different reasons. I’ve been around blood and that very distinct smell it has. I’ve had bullet WHIZ and SNAP past my head. Who needs drugs when you have combat? That’s the problem combat vets get into it. See, once you experience that high, you want it again and again. Not all, but many feel that way. Some people turn away from the experience and never want to experience it again and some can’t stand to be away from it. Call it a blood lust or whatever, but it’s real. Honestly, for me personally, I LOVE a good engagement. Nothing will make you feel so alive. The only time I was honestly scared, because for a moment I thought about the kids and wife I was about to leave forever, was when I had an Afghan pointing his RPK about a foot from my head, off safe, finger on the trigger. I looked at him and thought, “Wellllll shit. This is it. FUCK”!!!!! I was so pissed off then cooled down and was willing to accept my fate. Our QRF came to the rescue and we were able to get out of that one.

I’ve had many circumstances and dealings with death. I’ve missed it. It’s the hate and anger, the rage that fueled me. I struggled with it for many, many years. It affected my life with my kids, my wife and society. It was one of the main reasons for closing my CrossFit gym after 6 years. I just hated people, period. It wasn’t until a brother of mine introduced me to Boulder Crest Retreat. A small place in Bluemont, Virginia for combat veterans only. He and I had the same feelings about life then he went all lovey dovey on me. Something had changed. He invited me to attend. Against my own feelings I accepted because I fully trusted him and knew something in my life had to change. While there I experienced emotional warfare so deeply that every evening I was wiped out. The spiritual side was hammering away at me and I knew God was doing something. I felt like a piece of iron being bent against my own will. Upon completion and my arrival back home I was pleased with being able to see color again, to smell again and to feel again. I cried probably twice a day while at BCR. It was a release that I hadn’t felt since I was a child. After I was home for a few weeks my son said, “You’re weird” and laughed. I laughed as well. I was happy with this new weird. I was relieved. See, I had “unpacked my ruck”, finally. My life had changed.

Don’t get me wrong, I would still LOVE to get back to the war but I’m fine being home. My family life has changed immensely and I actually like people. Correction, I actually LOVE people. I’m diggin life and what the future holds for me. I know there are many veterans out there struggling. I want to help. Through learning meditation and learning how to “respond” vs “react” has been HUGE for me. In the military we are trained how to react constantly. We will never lose or forget our training but as we grow we learn to harness experience and training and then decide what is necessary for each situation. I’m working on “me”. No, I’m working on “I”. It has been quite a journey and I love every minute of it. I think about Iraq, Afghanistan, Pakistan, The West Bank, Kosovo and other places I’ve been on a daily basis. I’ll see, smell or taste something that takes me back. It’s ok, though.

To all those of you out there who are struggling, there is hope. Don’t ever quit, don’t ever give up. Continue to fight the fight. Surround yourselves with winners and positive people. Hell, reach out to me. Find a passion to chase after and continue to help others in a non-combat role. I recently got involved in a health and wealthness company that is absolutely changing people’s lives. It has helped me tremendously; with my health and financially. This is my rant for today. I’ve found that writing is therapeutic for me and I thoroughly enjoy it. Again, I highly recommend two books. “Mans’ Search for Meaning” by Viktor Frankl and “Awareness” by Anthony De Mello. BUY THEM AND READ THEM!!! They can and will change your life.

Have a blessed day everybody!!!